Afropunk Atlanta – The Carnival of Consciousness

It’s been a week from today that I returned from the Afropunk Fest in Atlanta and let me tell you how good it feels to accomplish something on my bucket list! The experience was inspiring and liberating for the entire 8 hours I was there. From platforms to fishnets: here you can express yourself in any way, whether it be hats, hair, jewelry, costumes, gold teeth, you name it! Everyone is welcome at Afropunk. While I was only able to attend the second day, it was still worth it to finally witness all of the creative freedom and Black expression that only happens at a Black Lives Matter rally back in my hometown. But that’s another story for another day.

The Mission of Afropunk:

“AFROPUNK is defining culture by the collective creative actions of the individual and the group. It is a safe place, a blank space to freak out in, to construct a new reality, to live your life as you see fit, while making sense of the world around you.”

The Values of Afropunk are boldly listed on the banners alongside the mainstage:

If you don’t understand any levels of this mission and values, spend a day researching on your own about those terms and then come back to me for a more thoughtful conversation. Otherwise, for all of my people who could appreciate an environment like this, read on! Below is a short review of my experience at the festival and I hope it inspires you to attend at least once in your lifetime, whether it’s in London, Paris, Atlanta, Johannesburg or Brooklyn: the birthplace of the Afropunk movement.

The entire festival celebrates creativity from music to visual painting and sculpture; fashion, storytelling, photography, healing and entrepreneurship. My favorite of these all besides the stage performances had to be the layout of the space and having beautiful murals throughout the entire space. Every corner was photo worthy whether it was a booth or the walkway behind the portable potties. Multiple photo booth options existed in the form of murals, neon tagged vans and eclectic wiz-the movie inspired wall hangings. I learned that most of the mural designs were created originally for the festival as a site specific installation. So basically, this is your only chance to pose in front of a larger than life Afro-Samuri inspired mural of Black Royalty……Take a look at some of the walls and decor below: 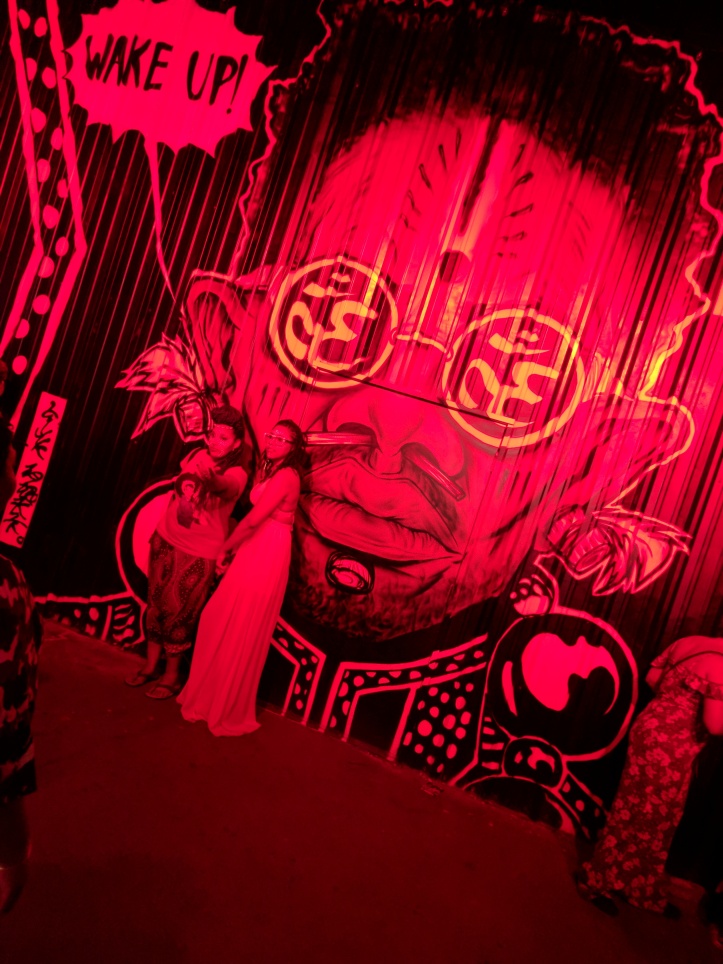 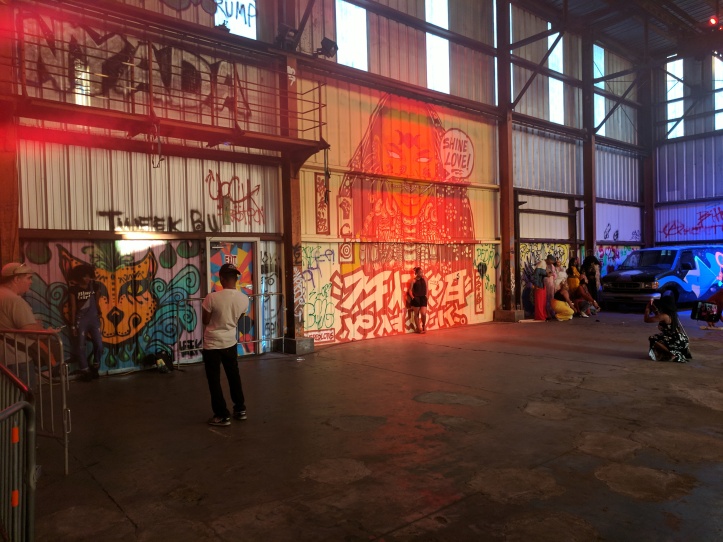 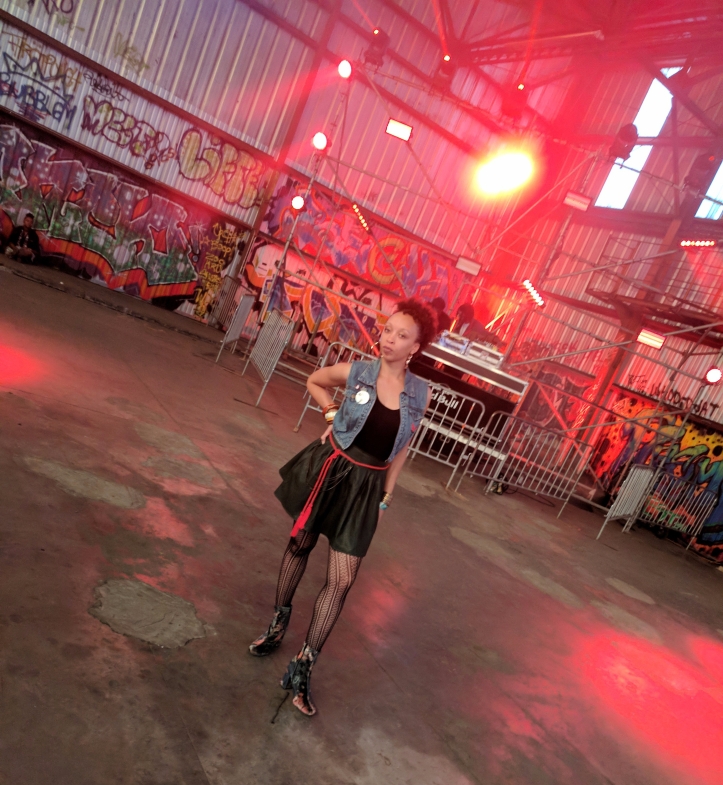 Just about every booth and vendor was a Black owned organization. And the ones that weren’t, were promoting or engaged with Black audiences outside of the festival. In other words, it’s not just for gimmicks to set up a booth and show up at a Black event and engage on issues we care about. It’s genuine business at Afropunk. What I was happy to witness here was another thing that doesn’t happen enough in my hometown.

The main goal in the Spin Thrift Market was about celebrating the talents of the maker community. The purpose of  Activism Row was about encouraging civic engagement and advocating for social justice. The booths in Activism row focused on “grassroots and non-profit organizations that solve urgent community problems,” according to the mission described by Afropunk officials. My favorite business booths were the healing station provided by MINKA Brooklyn, The WRAP LIFE (all of your unique African headwraps and a live tutorial) and the card game booth with Trading Races, a party game for Black Culture. Among the activism booths, the best one was OrganizeFor. This booth launched through Color of Change as a way to build opportunity for activists to strengthen their digital advocacy. They were handing out swag titled “Organize for Black Joy” but the goal was to inspire awareness campaigns for social justice movements.

You cannot show up to Afropunk without visiting every section and stage performance at least once. Don’t get so sucked up into the stage headliners and getting close to the front row that you miss the smaller stage performances and talks held throughout the day. One of the goals of Afropunk is to engage people. Solution Sessions were held to provide this opportunity. It featured topics led by experts on Decriminalizing Blackness and stigmas attached to the identity of the Black Woman. You can’t just go to the festival and be a spectator you see; you’ve got to actually talk to each other if we are going to make any progress. I feel you Afropunk, I feel you.

Another unique performance was via storytelling with sculptor Lonnie Holly. He basically broke down the facts of life (and the afterlife) while creating wire sculptures in his industrial warehouse. Just watch his YouTube Videos …..

Motivation:
Should you need some motivation to go next year, plan for time to do more than the norm. If I had more time, I would’ve talked to the booth owners more. I would have found the organizers and volunteer staff and talk to them too. I would attend the Solution Sessions and spoke up when it was time to ask questions. Lastly, I would have made friends with a photographer ‘cause that just makes sense okay. Finally, don’t be afraid to hear new music! You can easily make new friends if you know a little about who is performing and then if you get the chance, go meet the artists. Every second you get to be inspired by another creative soul is always worth it! 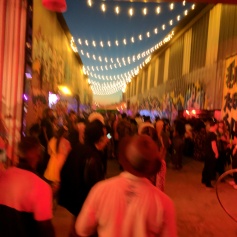 Until next time, Stay INSPIRED!