Every once in a while a girl needs a jam session with close friends and live music. A night where she can let all of her cares go, reminisce on summer anthems and laugh about old times. I was well overdue for one of those nights and didn’t have to search far to appease my yearning itch. Last week I attended the Girls Night Out at the House of Loom where I fell in love with soulful R&B all over again. The show featured four live acts performed by local Omahans who loved music as much as I do. I remember getting the invite from Miss Dani Cleveland and impulsively hit “accept” as soon as it hit my inbox.

The night started off with a warm welcome from the host Felicia Webster who commanded attention with an A Capella poem called “Girls Rock” using beat boxing as her soundtrack. Soon to follow were the notes from the jazz bass guitar player to add the perfect harmony behind it. I looked across the room at colorful faces with so much excitement they could barely hide it. When she was finished she jokingly called this “Soul Church” but it was never far from the truth ‘cause I was filled when I left! This night was definitely going to be a good one.

You can catch Miss Felicia every third Thursday co-hosting Verbal Gumbo with Michelle Troxclair at the Houst of Loom.

The first artist was Christina B (@cristinabmusic) who opened with a cover of “End of Time” by Justin Timberlake, playing the keys without fear. Then she gave us a taste of a single from her debut album the “Evolution of Christina B.” She was not afraid to show off her soprano falsetto and smile at the flashing cameras throughout her set. I must admit she had a definite stage presence and seemed very comfortable with the mic in front of half a crowd of strangers. 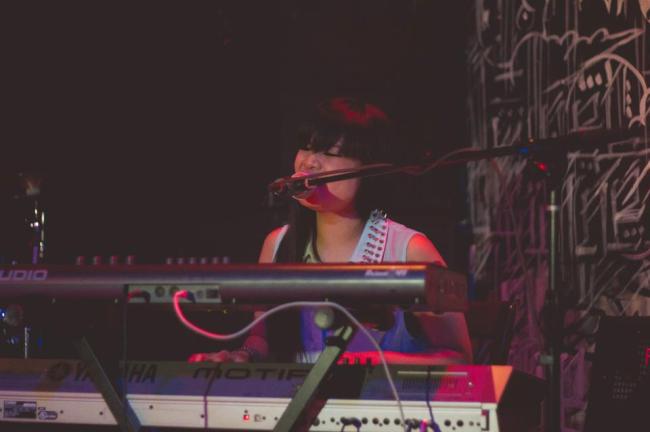 After a taste of slow jams the crowd wasn’t ready for the eclectic soul brought by Andrea Purdy, Kara Purdy and the band The Field Club. They performed an original single “Best Friends” showing us their rendition of soulful church with an alternative twist. Little did we know that they knew just as well how to take us to church performing a cover of Beyonce’s “End of Time.” The whole club was jumping and singing along! I must admit, I enjoyed it! 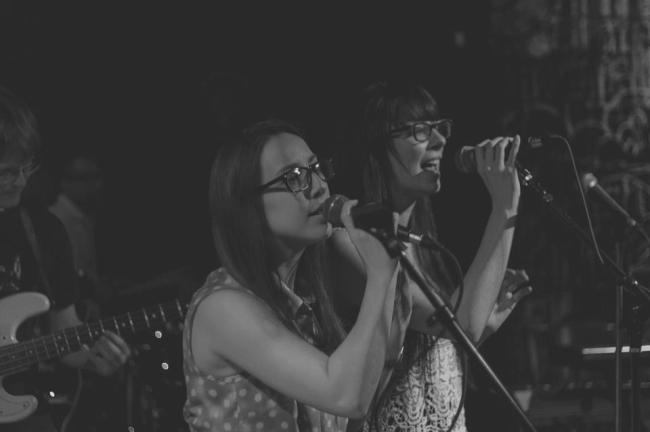 The surprises continued with a neosoul session with Tyi Hakeem covering two unforgettable songs by Erykah Badu, “On & On,” and “Call Tyrone.” Now I am a pretty die-hard fan of Miss Badu so I know I can be a tough critic, but I think Tyi did just fine and she had the alto range to convince me. (But then again, I am also biased because I love neosoul just the same.) Even if you don’t know any of the words to Erykah’s songs, you felt them and every note she sang. And if you didn’t feel the rhythm, you might need your pulse checked. 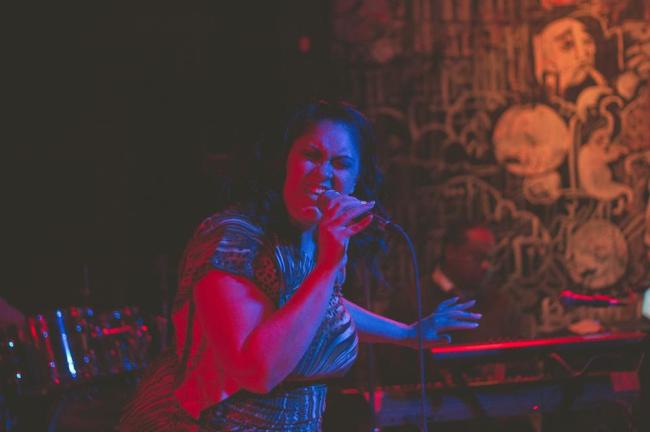 Throughout the night, I was elated by the energy in that place and had great company and drinks to match it. After a short intermission, the show was back on and Dani would soon hit the stage. Just about everybody was anxious to hear her voice. 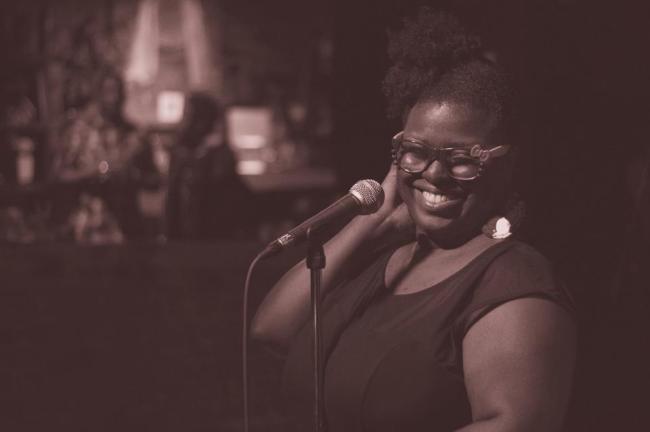 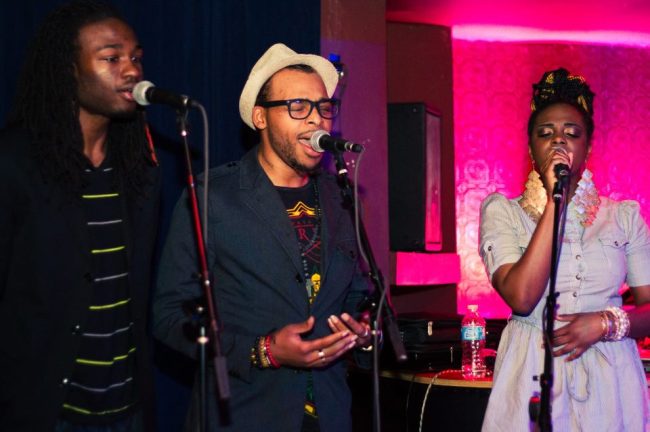 She was backed by the talented band Transition and 3 background vocalists that made you want to repent for ever abandoning R&B if you had. I was brought back to reality as Dani started the show with a cover of “You” by Lloyd, and I must add sang it with more soul than he ever could. The next three picks made me put down my drink because it was a Mary J. Blige flashback! She sang covers of “Everything,” “Loving You” and “Real Love” – all R&B classics. By this time I became Dani’s fourth background singer trying to hold every note I could!

The next two cuts Dani covered were “The Way You Love Me” and “No One” by Jill Scott and Alicia Keys respectively. By now Dani was taking over the place giving life to both the audience and the band. It was almost like the performance was no longer about the band and singers. Instead, it was all about healing every person in that room. From beginning to end I witnessed the inspiring harmonies move others, allowing room for freedom of expressions and self-love. I must say that this Girls Night was one to remember and I look forward to the next one.

Catch the photos from the night to see what you missed.